Gradient logos are one of the modern trends in creating logos. This type of logos is used by quite large companies that are known and popular all over the world. At the same time, they compare favorably with other logos and attract the attention of customers, which contributes to brand awareness and its products or services.

What is a logo

A logo is a graphic symbol, icon, image, text inscription, etc. that people associate with a certain brand. At the same time, logos may change slightly over time, according to current trends, but despite such changes, they will still be associated with a specific brand.

Despite the fact that the logo is just a symbol (icon, drawing, etc.), it performs quite important functions that affect brand awareness and popularity, which affects its final profit.

One of the trends of our time are gradient logos, which are quite easy to create in modern times (you can do it yourself or using special logo designers).

Features and benefits of gradient logos

Gradient logos attract the attention of consumers due to their brightness and saturation. They differ favorably from other logos and many major brands use this particular trend in rebranding their logos, as it allows them to give it new colors, while there is no need to greatly modify the basis of the logo, which is well recognized by many consumers. The gradient logo will definitely not remain without attention from consumers.

Also, such logos add depth to the image, but it is worth thinking in advance about how the logo will look on various advertising surfaces. It should look great on both large (banners) and small surfaces (website, business card, etc.).

At the same time, the advantages of this trend include the fact that it has practically no color boundaries and designers can experiment endlessly until the perfect result is achieved.

Gradient logos are currently used by many popular brands. Some of them have updated the design of their logo to attract the attention of the audience, and some companies have been using a gradient logo since the beginning of their foundation, which they slightly modify (change the color palette). However, there are such gradient logos that are known to almost everyone.

The modern Instagram logo appeared in 2016. It is a gradient logo that compares favorably with other mobile applications on the smartphone screen and immediately attracts the attention of users. At the same time, the company’s logo has been significantly updated compared to its original version, but it traces the features of the first brand logo. 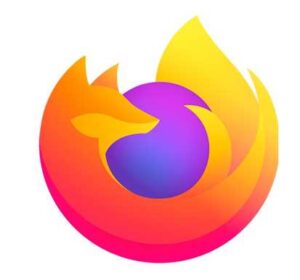 Previously, a very popular browser, but over time its popularity has fallen somewhat. The browser logo is also made in this style and is regularly modified. It is becoming brighter, while the original symbol of the logo (the fox, which appeared in 2004) is also traced in the brand logo.

One of the most popular mobile dating apps also has a gradient logo. In 2017, the logo was slightly modified (the inscription was removed, but a light was left, which was made exactly in this style). The application icon began to look brighter and attracted the attention of more and more new users, thanks to which the popularity of the mobile application increased somewhat, and it became one of the most popular mobile dating applications. 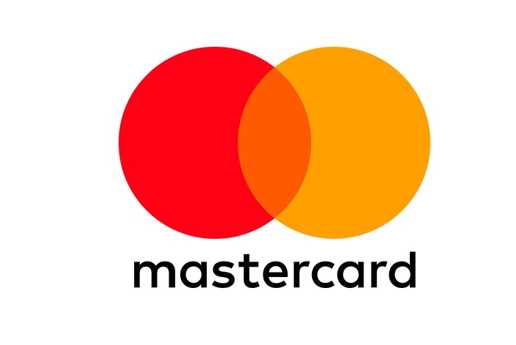 The company’s logo also has a gradient, which adds additional colors and elegance to it. At the same time, during the rebranding, the logo was slightly modified, but the main element remained, which was recognizable by many users. The logo is quite simple, while it attracts the attention of users, and also says that it is represented all over the world.

Despite the fact that this style of logos was invented a long time ago, modern technologies and capabilities have given this way of creating and modernizing a logo a new life, which has made it one of the most popular global trends. Such logos are unique, while giving the logo brightness and depth, which helps to attract attention from consumers.

At the same time, such logos are quite different and stand out against the background of competitors’ logos, and they can also be regularly given additional colors without changing their initial concept, preserving the previous history of the brand and regular customers.