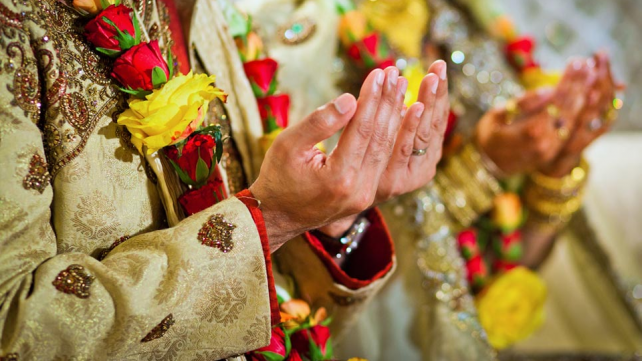 Muslim weddings are special affairs steeped in history and tradition. While customs differ by country, many cultural and religious rituals remain constant, one of which is the consent of the father’s bride.

Marriage (nikah) is a legal and social contract between two people under Islamic law (Sharia). Thus, all valid marriage (arkan an-nikah) requirements must be fulfilled to complete a legitimate contract. According to most Muslim jurists, the consent of the guardian (wali) is one of the foundations defining the validity of the marriage.

Cultural differences among Muslims accentuate the vast complexity of Islam. Every race and ethnicity have some Muslims, and mosques have been built worldwide to accommodate local marriage customs. Many Muslim scholars go to great lengths to emphasize that local norms frequently impact religious practice.

The Koran indeed encourages Muslims to search for a marriage partner, and that relevant verses are frequently interpreted in the same way over the world. In Islam, a marriage must be between opposite-sex partners who are not closely related to each other. Muslim men are permitted to choose brides from among their fellow believers or other “people of the book,” such as Christians and Jews. Women are expected to marry only fellow Muslims.

Issues with the Age of Consent

When in doubt, Muslims frequently seek guidance from Muhammad’s life. This is true when it comes to the legal age of consent for marriage. The Prophet’s favorite wife, Aisha, was said to have been engaged to him when she was nine years old. It is also stated that he delayed consummating the marriage until she reached the age of twelve. As a result of this account, many Muslim societies have set their consent age lower than Western societies. In Yemen, for example, the age of consent—the age at which a girl’s guardian (wali) may consent to her marriage—is nine years old. The age of consent in most other Muslim-majority nations is twelve. Local rules and practices, however, govern the permissible age in some secular Muslim communities. For example, in the United States, the law typically allows marriage between eighteen-year-olds or sixteen-year-olds with parental agreement.

No (Father’s) Consent, No Marriage

It is not permissible for a man to marry a woman without the consent of her legal guardians, such as her father or brother; either she has or has not previously married. Both spouses should present themselves, along with the bride’s father and two Muslim male witnesses.

Suppose the bride’s father is no longer alive. In that case, a death certificate must be presented, and the presence of the nearest male guardian is necessary (example: adult son, brother, uncle, cousin, nephew).

Suppose the bride’s father is alive but unable to attend the wedding in person. In that case, he can appoint a proxy guardian, who must be of the same religion as the bride’s father, to complete the marriage formalities through an officially certified power of attorney.

When an Emirati woman wishes to marry an expatriate man, she should obtain:

In addition, the prospective groom;

Suppose a guardian prevents a girl from marrying her acceptable and qualified match without a valid and legal basis. In that case, guardianship is promptly transferred to someone fit to be guardians, such as a brother or an uncle.

If all of her guardians refuse to allow her to marry a suitable match without presenting a valid explanation, the Muslim ruler should take on the role of her guardian.

The term “ruler” refers to a Shariah-compliant judge or an imam of an Islamic center. As a result, a guardian does not have the authority to restrict a woman from marrying any suitor without a valid reason.

The marriage contract (aqd-nikah) can take different forms, but its primary goal is to strengthen the tie between the bride and groom. It will frequently include information about the mahr, or dowry, that the groom must pay to the bride’s family. This contract is usually formalized through ritual, the practice of which varies significantly across Islam.

The following are the legal requirements for Muslim marriages:

The world’s billion or so Muslims worship a faith that has its own distinct, sometimes strongly defended, traditions while comparable to the other great religions. In contrast to Christian and Jewish marriage rituals, marriage in Islam is less individualistic and comes in a more significant number of forms and arrangements. The ceremonies to commemorate the union range from a modest gathering and brief talk to a spectacular public spectacle. The Islamic perspective on divorce is both realistic and regretful. When it comes to marriage, Muslim marriage customs are wide enough to fit into almost any community globally. To know more contact Dubai court marriage experts.