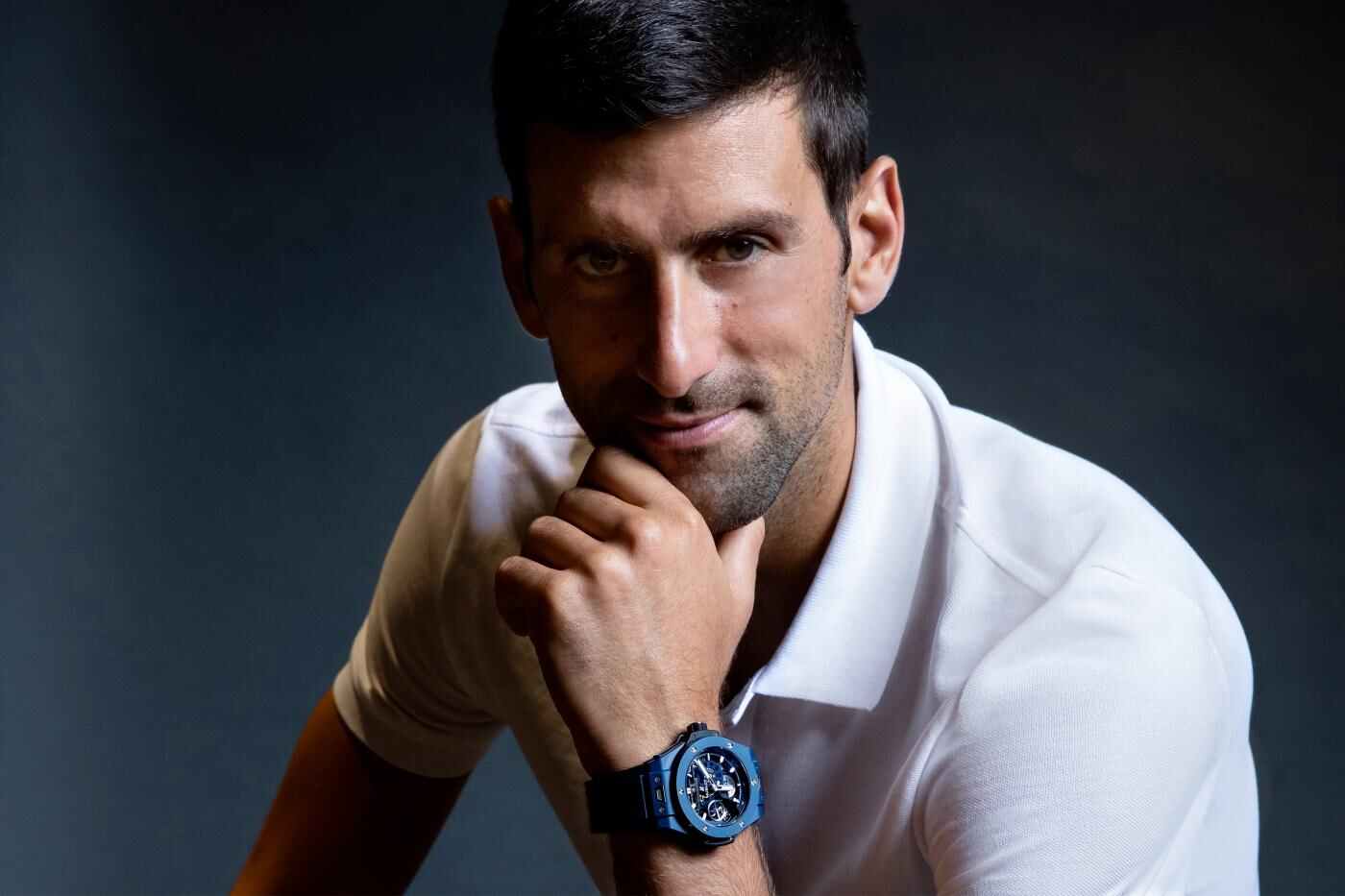 Hublot has a record of collaborating with the world’s greatest athletes. Usain Bolt, the fastest man on the planet, is among those honored, as are French PSG footballer Kylian Mbappé, Indian cricketer Rohit Sharma, football legend Pelé, and golfers Dustin Johnson, Patrick Reed, and Justin Rose. When they were still alive, deceased Formula One driver Ayrton Senna and former footballer Diego Maradona were both involved with the brand as well.

Recently, Hublot announced its groundbreaking partnership with one of the greatest tennis players of all time, the Serbian Novak Djokovic. The world’s No. 1 tennis player has chosen to become an ambassador for the Swiss luxury watch manufacturer just days before the start of the US Open. Hublot is especially privileged to have the excellent Novak Djokovic as a part of their wonderful Hublot family. He is a player who is making tennis history by being distinctive, first, and different, which is the company’s motto.

Who is Novak Djokovic?

The new Hublot ambassador is a Serbian tennis player who has won 85 ATP singles titles, including an Olympic medal, 20 Grand Slams, 5 Masters, and 36 Masters 1000. His career catapulted him to the pinnacle of the ATP rankings for about ten years, a position he still retains after well almost 337 weeks. He is the only athlete to have actually won two Grand Slam tournaments during the Open era. And the run of success is still running great, as he will try to win his 21st crown and thus break the record for Grand Slam successes in the next round of the US Open in a few days.

Novak Djokovic, a true legend who is still at par with global standards, has decided to enter the wonderful family of Hublot ambassadors. He has many resemblances with the Swiss watchmaker Hublot, not the least of which is his unwavering pursuit of excellence and achievement. This is a sign of considerable glory for the Hublot teams, who greet the man who reveals himself to be the biggest tennis player of all time.

The 34-year-old Novak Djokovic was born in Belgrade, Serbia to Srđan and Dijana Okovi, and is of Serbian and Croatian descent. Before starting primary school, Novak, then six, was sent to a tennis camp established by the Teniski Klub Partizan and supervised by Yugoslav tennis player Jelena Genčić. When Genčić saw Djokovic as a child playing tennis, she declared that he was the greatest talent she had seen since Monica Seles and decided to work with him.

Novak began his international career at the age of 14, winning European championships in singles, doubles, and team events. Djokovic describes himself as a language enthusiast, speaking Serbian, English, French, German, Spanish, and Italian. He and his wife, Jelena Ristić, have a son and a daughter, ages 7 and 4, respectively.

Djokovic is widely regarded as one of the best tennis players in history. Just after his outstanding performance in the 2011 season, he began to appear on all-time greatest rankings. Andre Agassi, the former American No. 1 tennis player, believes Djokovic, Rafael Nadal, and Roger Federer are the three greatest tennis players of all time. According to ESPN writer Howard Bryant, Novak is clearly the strongest pure tennis player on the planet. Some spectators, tennis players, and coaches consider Djokovic to be the greatest of all time since he managed to win the trophies with victories over the best players and biggest rivals during one of tennis’s most powerful eras.

Presently, Djokovic has the best head-to-head record against all three members of the Big Three, and he has the most Slams won while defeating a Big Three individual. Moreover, he defeated higher-ranked players on average on his way to Grand Slam titles than Rafael Nadal and Roger Federer. Djokovic is largely viewed as among the greatest returners in tennis history, an honor bestowed upon him even by Andre Agassi, who was regarded as the best returner of all time. Though he avoids discussing the best players ever, American tennis coach Nick Bollettieri has consistently praised Djokovic as the “most perfect player of all time” and the “most complete player ever.”

Off the Court Sponsorship and Investment

Before joining the Hublot watch company, Novak served as an ambassador for big watch brands such as Audemars Piguet and Seiko. In addition to Hublot, Novak has collaborations with the French clothing company Lacoste, the Australian wine label Jacob’s Creek, and the German car company Mercedes-Benz. Djokovic introduced Djokolife, a line of nutritional food products, shortly after gaining his fourth Rome Masters title.

Djokovic is said to meditate for up to an hour a day at Wimbledon’s Buddhist Buddhapadipa Temple, where he relishes the peaceful environment and tranquility, and where he is close to monks. He has spoken about the benefits and beauty of meditation.

A top tennis player going without a timepiece for an extended period of time is unusual. Novak has never worn a watch during a professional match, so wearing a Hublot will be a new experience for him as well as a privilege for the brand. He intends to wear the Big Bang Meca-10 ceramic blue at the upcoming US Open tournament, which meets his overall tournament fashion. Because his shoes and equipment will be blue, he declared to go blue all the way.

When it comes to Novak Djokovic, there is still much to be said. His records have not yet been emphasized and detailed in this article, but given his name, we are all aware of his significant contributions to sports and humanity. Hublot is an expert at associating its brand name with the most incredible people in the world.